We looked at the latest IMF data forecast to determine whether this goal is achievable. In this article, we will present the forecast charts for India GDP, India Real GDP Growth, and India GDP per capita. As per the IMF forecast, India GDP would reach $4.7 trillion by 2024. The chart below provides the India GDP forecast for the next five years. 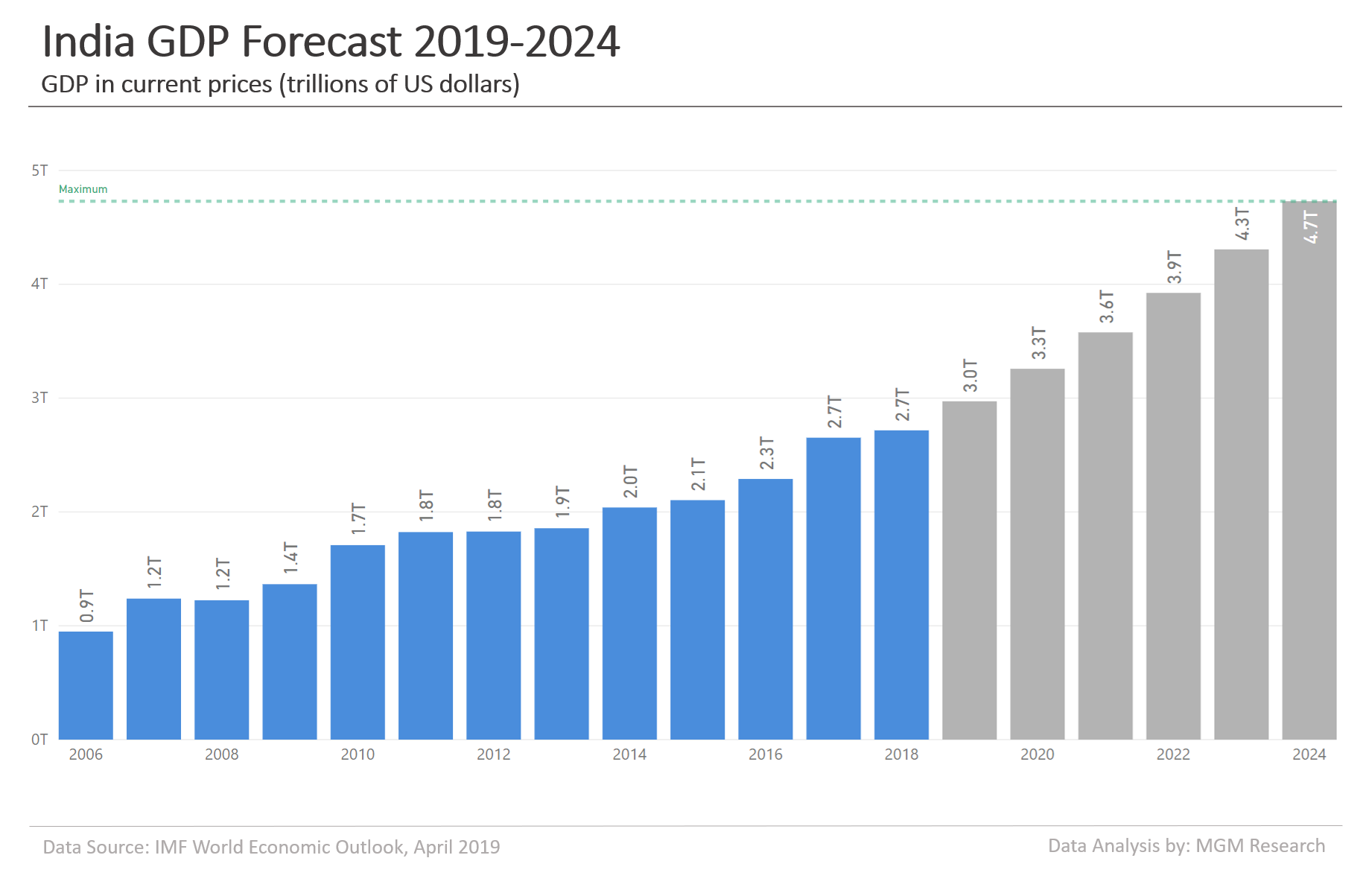 As we can see, India is a mega economy - the fifth largest in the world in terms of GDP. As per the IMF forecast, India would continue to be the fifth largest. While India GDP gap with UK and France would grow, India will continue to lag behind Germany and Japan. To become the third largest economy, India would have to wait until 2030, or even 2035.  Achieving first or second rank appears far distant. What should be the real goal of Indian political leaders?

We believe that Indian political leaders should be setting goals to improve India GDP per capita rather than just looking at the India GDP numbers. The goal should be not only to improve the economic activity but also to improve the standard of living of the individuals. The economic activities will raise the well-being of the individuals, but the measures should also be taken to control India’s rapidly growing population. 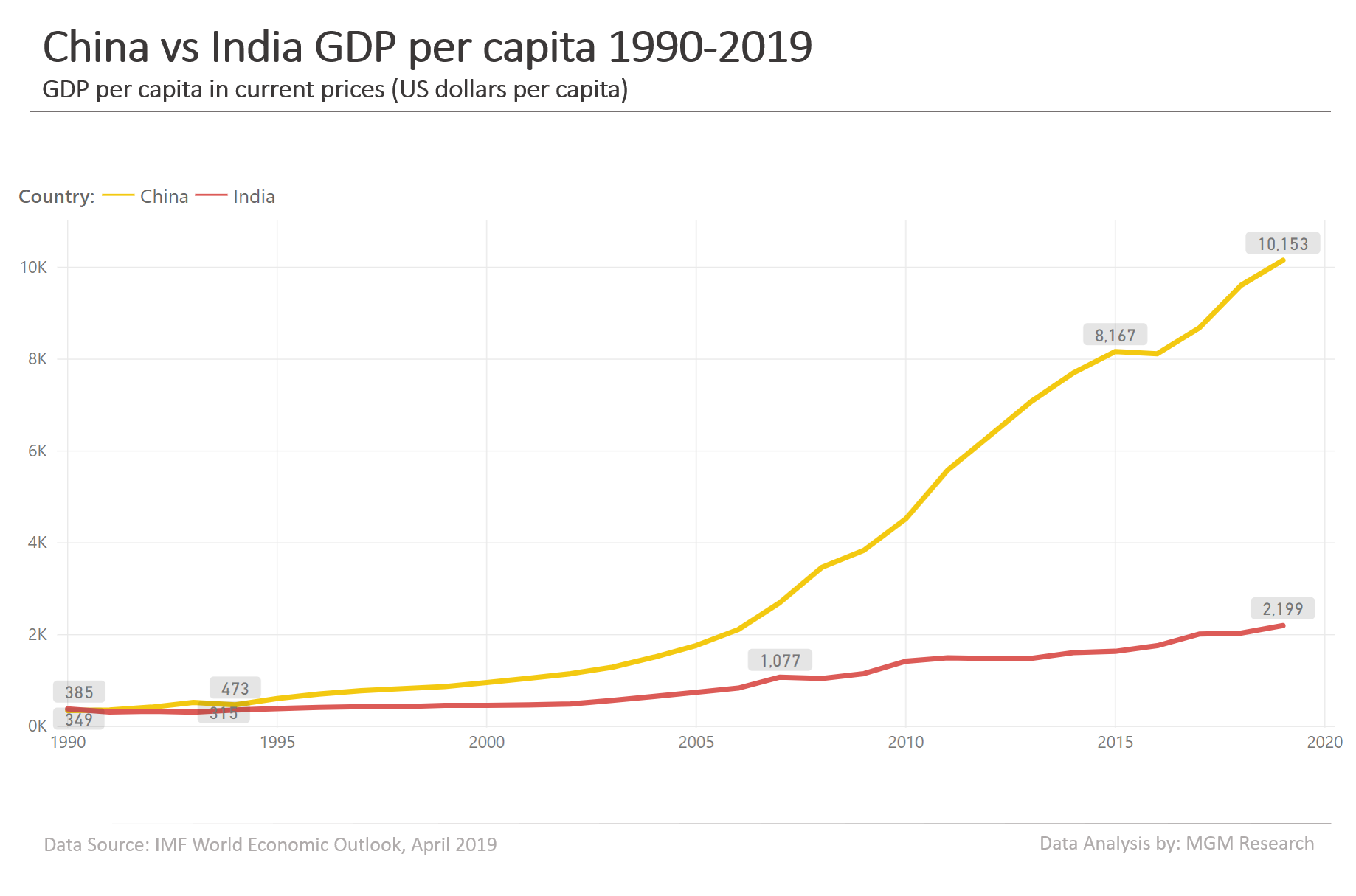