IMF (International Monetary Fund) released their latest data for world real GDP growth on June 24, 2020. IMF releases update to its World Economic Outlook (WEO) database four times in a year. During April and October, IMF releases major updates that provide the data for most of the economic indicators for 194 countries. During June/July and December/January, IMF releases minor updates that provide the data for few indicators for select large economies. 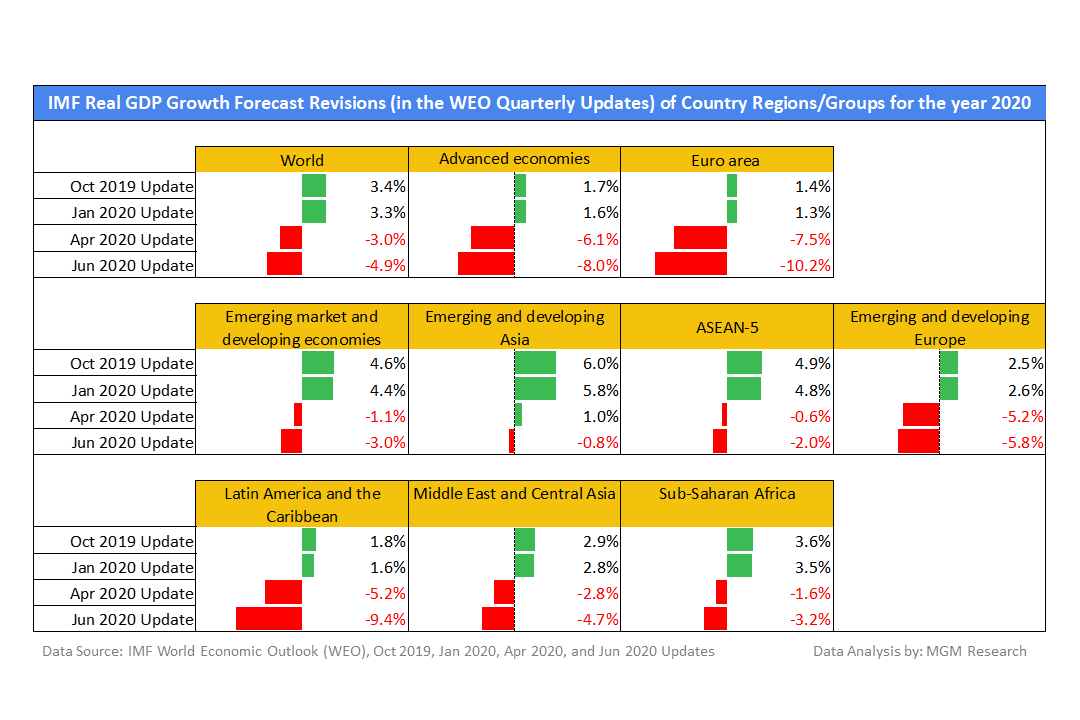 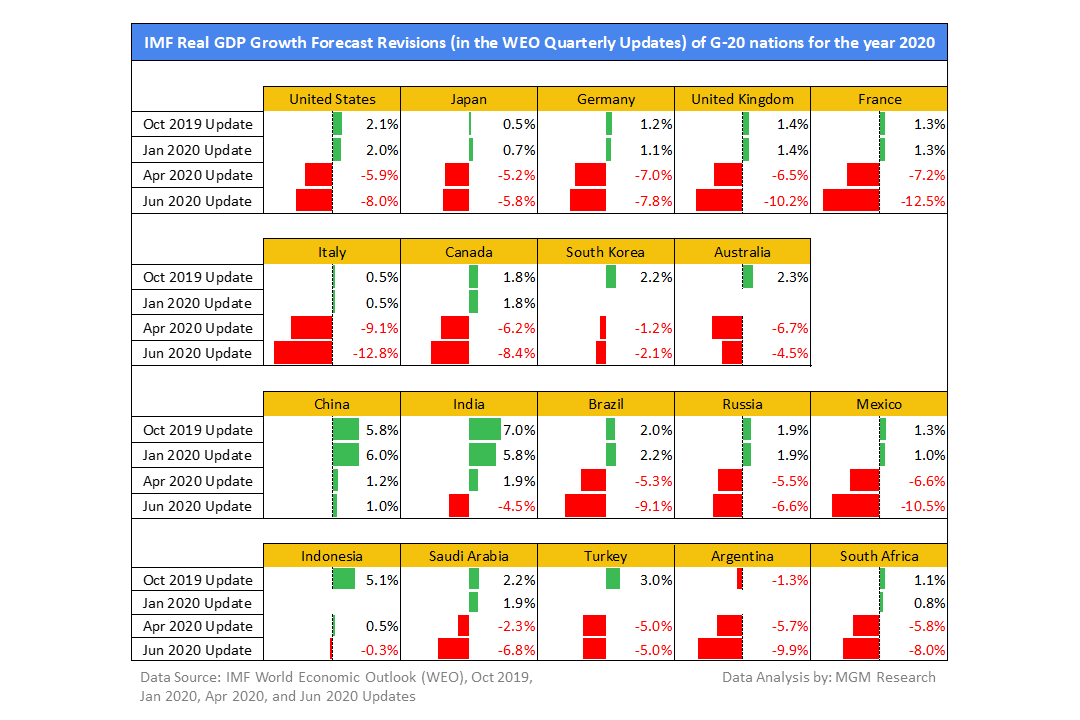 Until last year, IMF used to provide a five-year forecast for its economy data. In April 2020, IMF provided forecast data only for the years 2020 and 2021. The forecasts in April 2020 did not hold even for three months because higher-than-usual degree of uncertainty. That is why IMF slashed its GDP growth forecast in the June 2020 update. The real shock to the global economies becomes visible when we compare the 2020 real GDP growth numbers with the numbers in the past. As an example, look at the world GDP growth from 1980 to 2020 in the chart below. The world GDP growth looks awfully bad in 2020, as compared to any of the previous years. 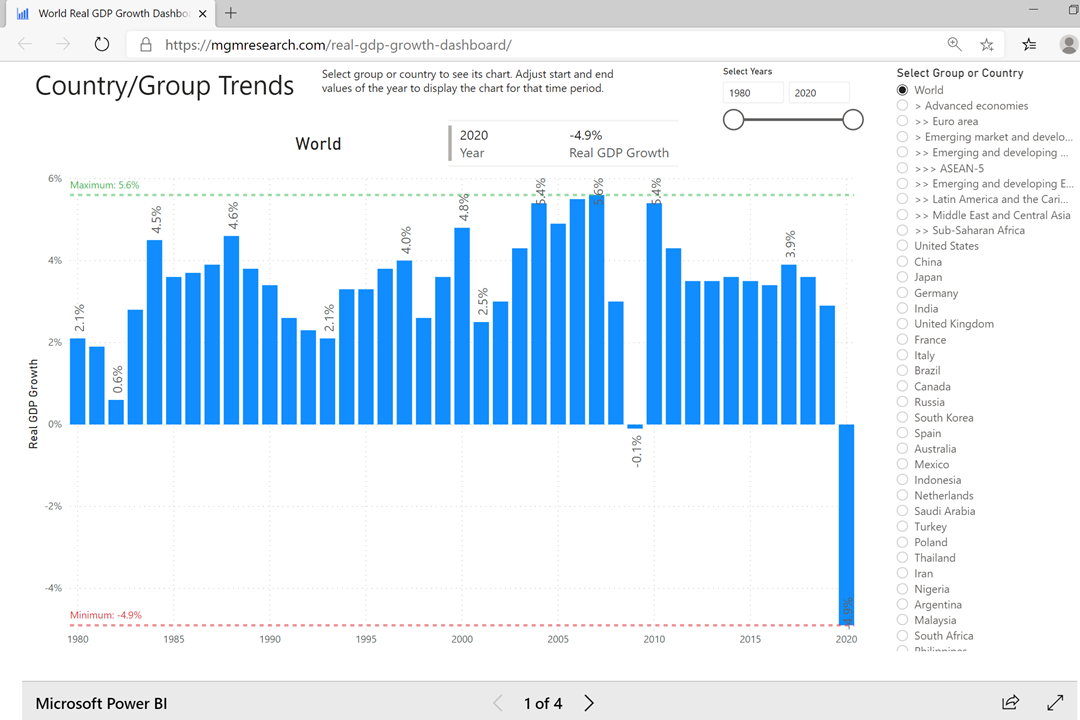 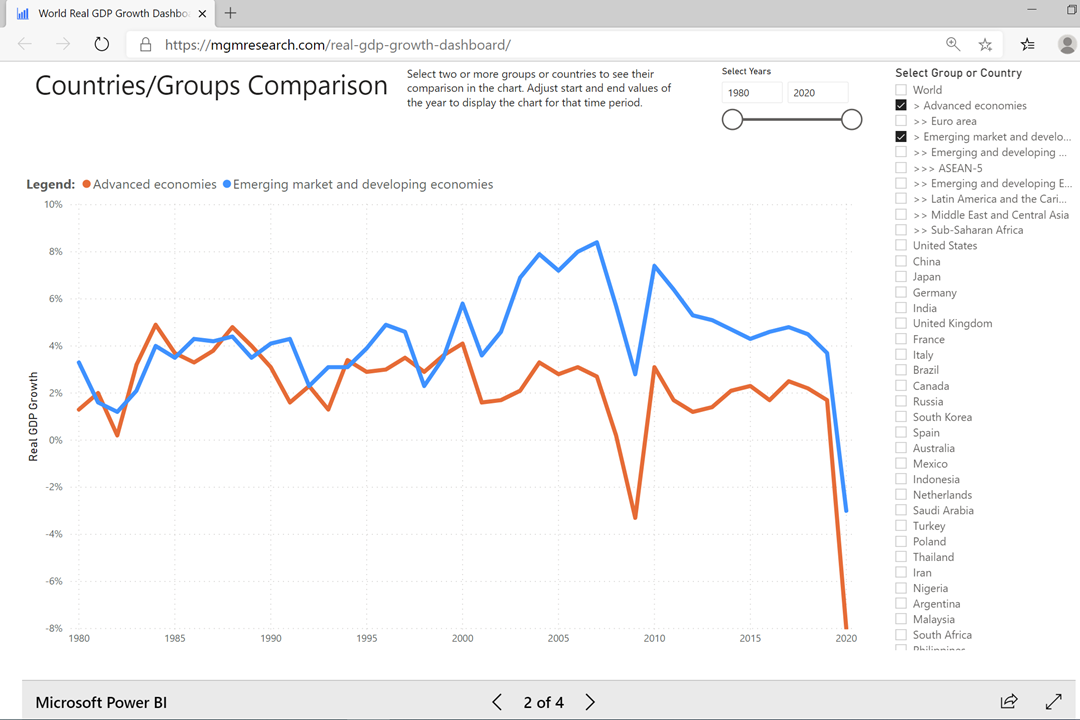 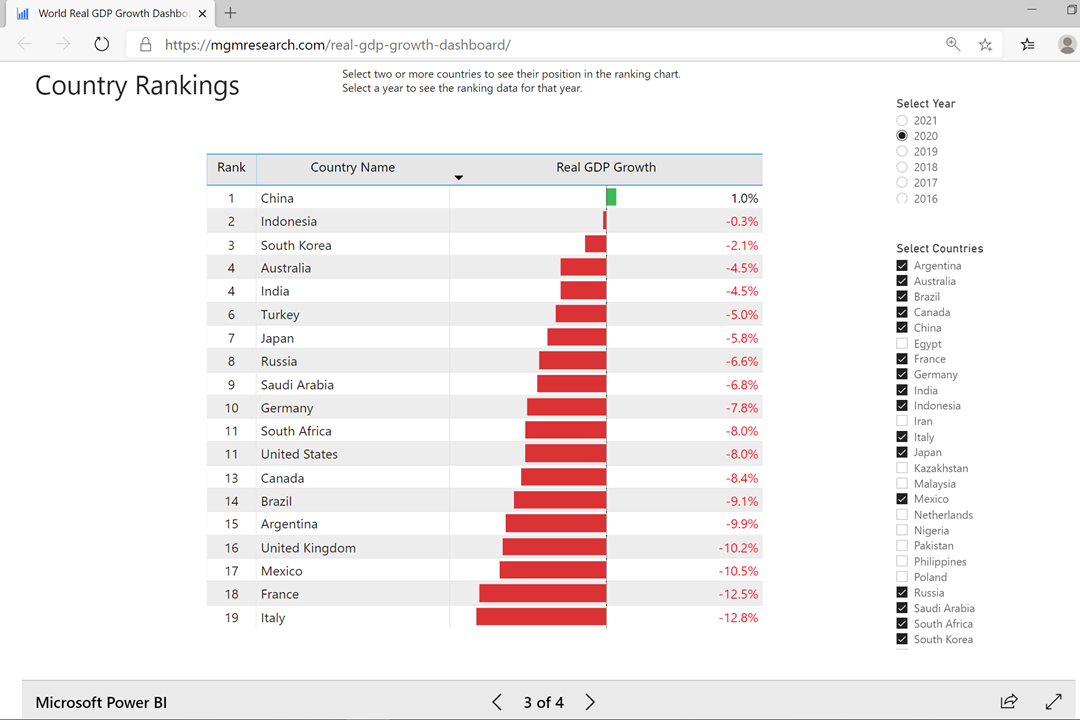 Will there be further downward revisions in the IMF real GDP growth forecasts?

We believe that IMF will further revise its real GDP growth forecast downwards in the WEO October 2020 update. The global economy growth numbers have already gone from bad to worse. But the worse is not over yet. As per IMF, “There has been an unprecedented decline in the global economic activity due to the Covid-19 pandemic.”  We will see more impact of the slumping consumer demand, collapse of cross-border tourism, weak global trade activity, global supply-chain disruptions, business closures, and job losses in the coming months. 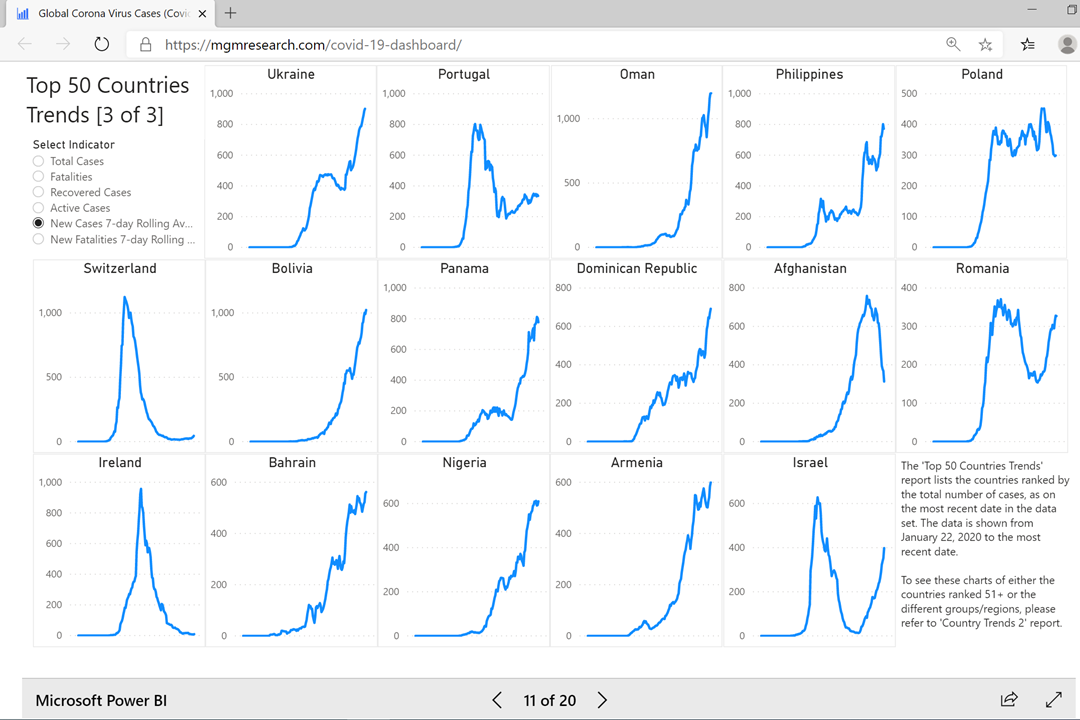 Most of the charts in this article are generated using our online dashboard for the world real GDP growth. The dashboard provides the charts for the real GDP growth of 30 countries and 10 regions, whose data is available in the IMF WEO June 2020 update, for the years 1980 to 2021.