We have analyzed and presented the data for these European countries and cities only in this article.

Number of UHNWI in the Europe 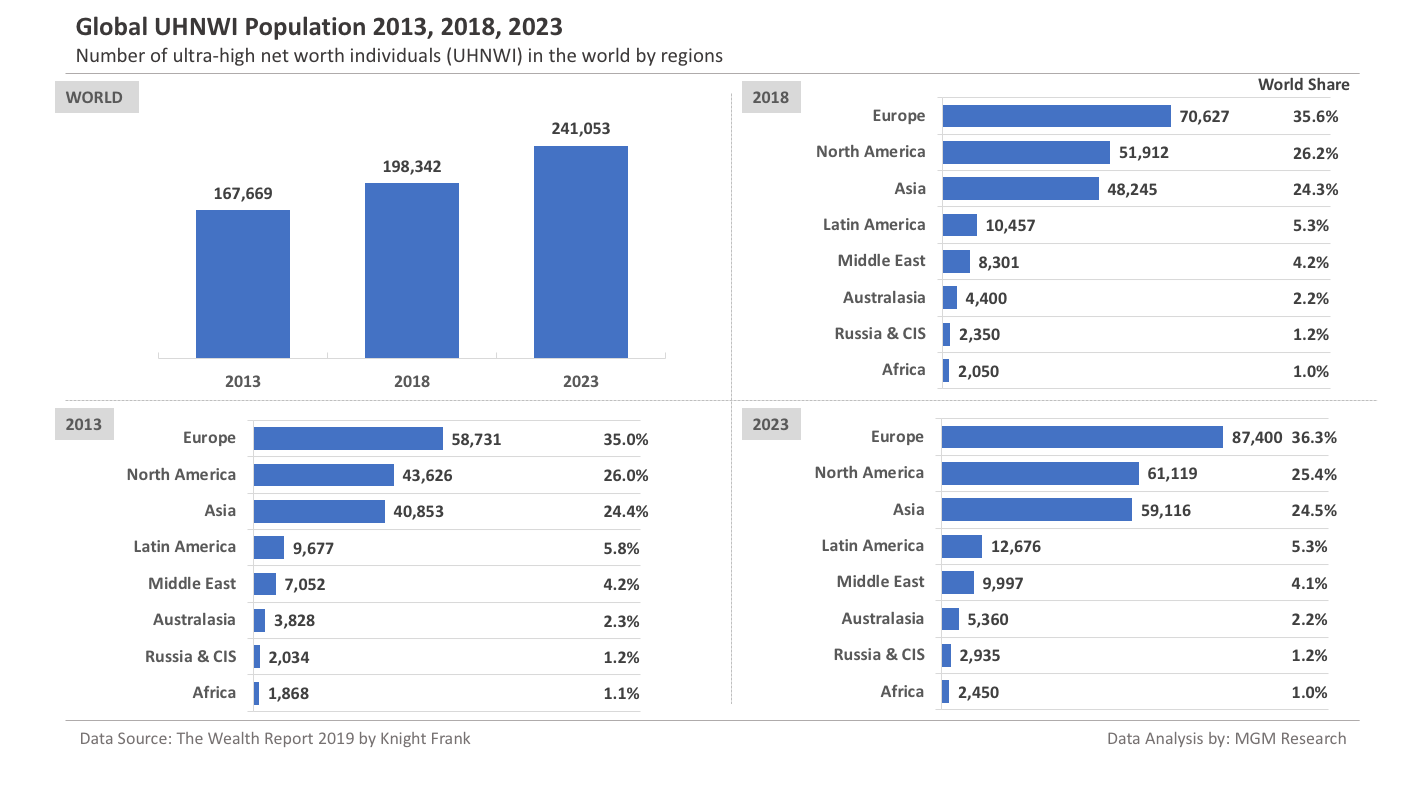 Number of UHNWI by the European countries

Germany had 14,047 UHNWIs during 2018. This represents nearly 20% of the total of 70,627 UHNWIs in Europe. The United Kingdom ranks second with 12,559 UHNWIs (18% of the Europe total). Switzerland ranks third with 4,768 UHNWIs. France ranks fourth with 4,505 UHNWIs. Together, the top-4 countries account for over half of the Europe UHNWI population.

The charts below provide the UHNWI population for 22 European countries and the UHNWI share of their country’s total population.

Number of UHNWI by European Cities

If we look at the UHNWI population by cities in Europe, London ranks number one with 4,944 UHNWIs. The share of London in the Europe UHNWI total population is about 7%. Paris and Zurich rank second and third with 1,667 and 1,507 UHNWIs respectively. The data source for the UHNWI population data in this article is the ‘The Wealth Report 2019 (13th Edition)’ by Knight Frank. The report further mentions GlobalData WealthInsight as the data source. The number of countries and cities in our article is limited by the data freely available in the Knight Frank report.