On December 18, 2018, China completed 40 years since it started its economic reforms in 1978. China has come a long way since then. China is now the number two economy in the World, just behind the United States (US). In this article, we will compare the China Gross Domestic Product (GDP) numbers with that of the US over the 40-year period. We will use the publicly available data from IMF (See notes at the bottom). Our analysis starts from 1980 and goes up a little into the future to 2020. The data from 2018 to 2020 are the forecasts by IMF.

China vs US - Comparing GDP

The gap between the US and China GDP kept increasing until 2006, when it reached its maximum. From then on, the gap has been reducing because China is having more incremental GDP than the US every year.

Incremental GDP is the difference between the GDP numbers between any two years. 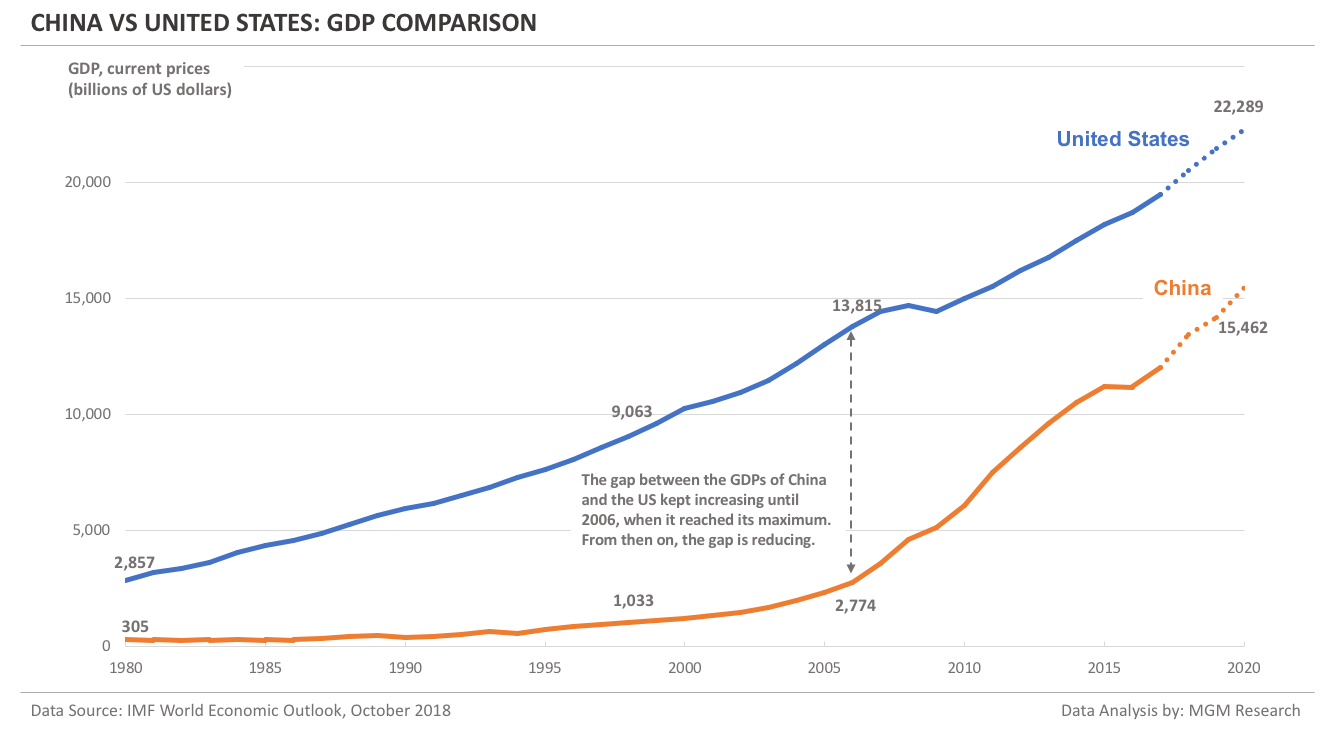 China vs US - Comparing GDP per capita

China had over 4-times more population than that of the US in 1980. This multiple will remain nearly the same in 2020 as well. In GDP per capita terms, China is nearly 40 years behind the US.

China vs US - Comparing GDP PPP

If we compare GDP on a Purchasing Power Parity (PPP) basis, China a bigger economy than the US. China GDP PPP took over that of the US during 2014. China vs US - Comparing GDP PPP per capita

Even though China is ahead of US in GDP PPP, China GDP PPP per capita is still one-third of that of the US.

China had a strong real GDP growth (the one computed from the GDP reported in China national currency) from 1980 to 2010. This is because China was growing on a smaller base.

The US real GDP growth numbers had been little lower than that of China. Despite a lower growth, the US was adding more incremental GDP than China every year until 2006. How do you explain this? We think this is due to the fact that the US has been growing on a much higher base. So, even though China was growing faster than the US, the GDP gap between two countries kept increasing (as we have seen earlier in this article). Another factor that contributed to the increase in the GDP gap was currency conversion. China vs US - GDP and GDP per capita growth summary 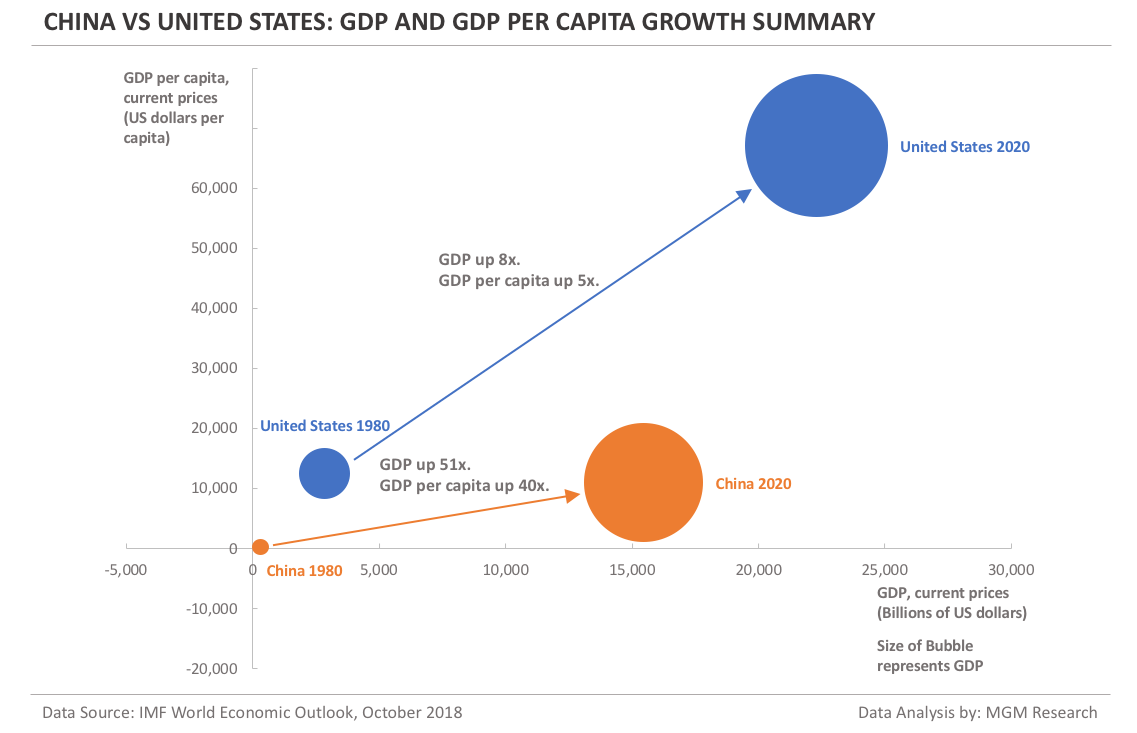